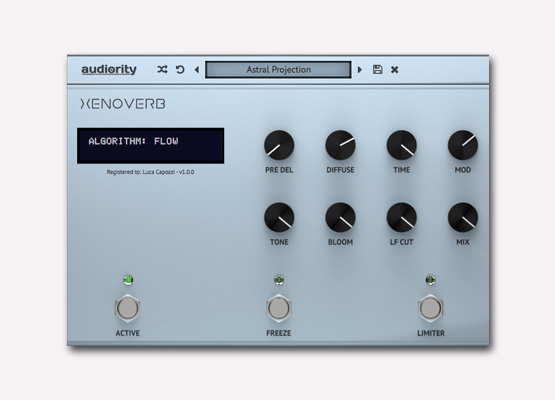 XenoVerb is a versatile reverb processor featuring both classic and creative reverb algorithms delivering a wide range of reverbs with a clean and simple interface.

Important changes on our Soundbanks and Sample LibrariesRead More
+
This site uses cookies: Find out more.