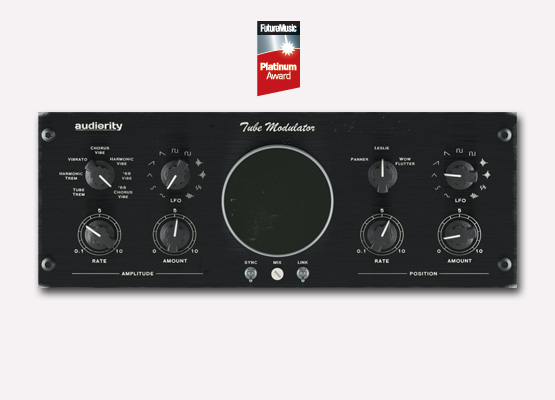 “Tube Modulator never oversteps its remit, paying the ultimate respect to 10 vintage effects. And it both looks and sounds stunning while doing it.”
(Future Music #329 – 9.5/10)

Tube Modulator spatial effects includes a panner, a rotary speaker and a wide stereo “wow & flutter” simulators.
A wide XY scope will show you the current amplitude and spatial position modulation to get instant feedback of your settings.

Tube Modulator is Colored by Design, adding a great amount of warmth and color to your signal.

There are no reviews yet.

Be the first to review “Tube Modulator” Cancel reply