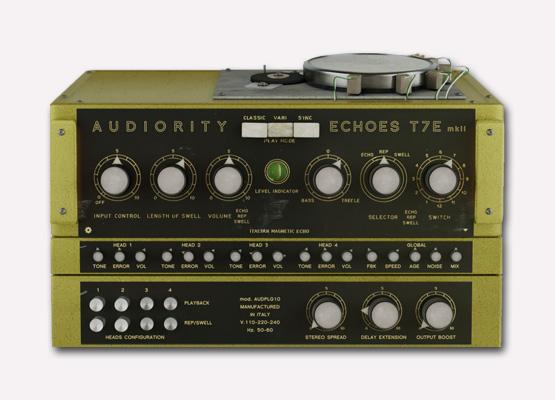 Echoes T7E is a faithful recreation of the iconic *Binson® Echorec® T7E vintage tube magnetic echo made in Italy in the early ‘60s. This echo effect unit is based on a magnetic spinning drum with both record and playback heads arranged around a recording wire wound around the drum circumference. This solution provides better stability over the usual tape transport with reduced wow and flutter. 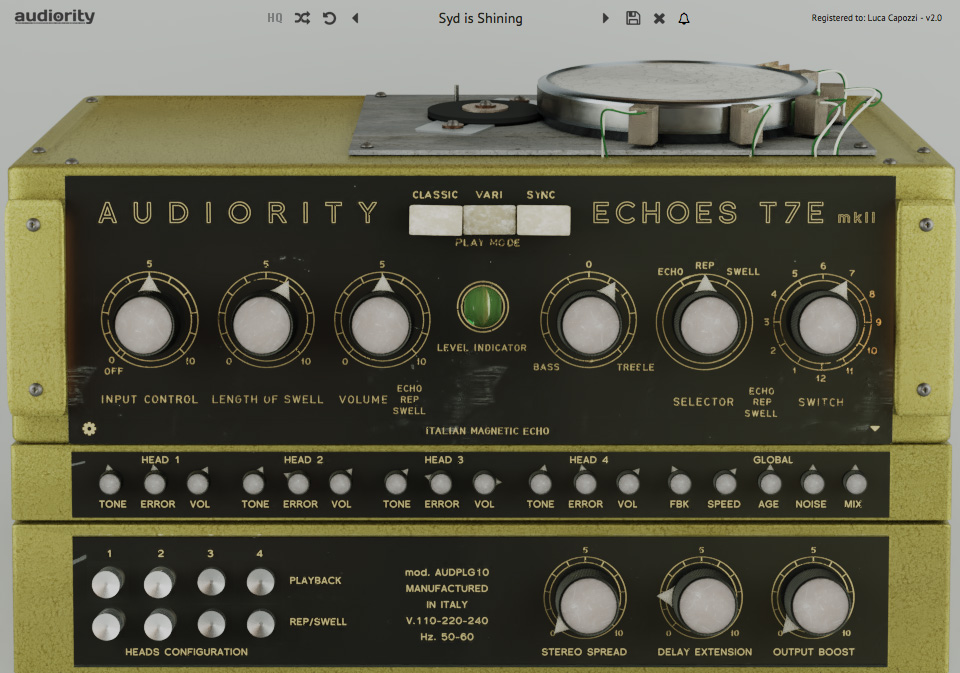 Since the main “core” of this effect is based on the above mechanism, we modelled both the mechanics and the electronics. Echoes T7E also provides 3 different playback modes allowing you to set different spinning speed or ever synchronize it to your host tempo extending the original delay length from ~310ms up to ~11s or down to 0ms, allowing you to use the plugin as a preamplifier.

November Sale: Save up to 56%. Ends on November 30th
+
This site uses cookies: Find out more.